Even after so many years, when Mt Isa mother of two Meagan* recalls her experience of being bullied as a child, she is moved to tears.

“When I was a child, I was bullied badly because of the family circumstances I came from,” Meagan says.

“I thought I had dealt with it, but when my daughter Emma* came home from school and told me that she had been experiencing bullying at school for two years, it brought the memories flooding back and it sort of broke my heart a little that kids could be so mean.”

Meagan says things were okay when Emma first started at her primary school in Year 4, but after a while she found she didn’t fit in, and by Year 6 the bullying had intensified.

“There were taunts like, ‘You’re fat’, and her peers would be talking about activities she hadn’t been invited to in front of her. I know how that feels to be called cruel names and feel completely excluded.”

“He really struggled with his older sister being sad all the time and he got himself into a lot of trouble because he wanted to defend her,” Meagan says.

“No matter how much my daughter ignored it or retaliated, the bullying just did not stop. Watching her go through such a tough time made me realise that I hadn’t dealt with what had happened to me as a child.

“It made it hard for me to support my daughter because I just felt so much anger towards the children that were responsible and even their parents. It made it really hard for us to deal with it as a family and know what to do.”

Meagan says the situation improved when her daughter took part in a resilience workshop which helped her develop confidence and learn how to stay mentally strong, but the scars from the experience are still raw.

“It just goes to show that even with all the education and awareness about bullying that’s around today, it still happens. Sometimes kids still need a lot more education on the power of words and how much hurt they can cause,” Meagan says. 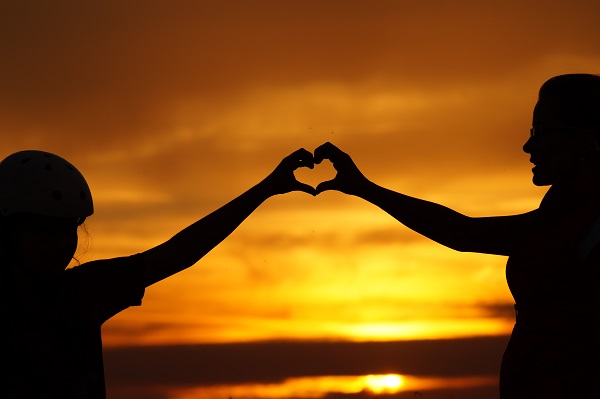 “We put a lot of work into teaching the person affected by bullying, rather than teaching the children who are bullying how to behave better. We expect the victim to be resilient and change.”

Meagan’s own experience with being bullied as a child, and her daughter’s tough time at school is the reason she signed up to do the Healthy Harold Hundred, with the mum of two passionate about raising funds for Life Education Queensland’s respectful relationships programs in schools.

“I loved visiting the van when I was at school and the whole Healthy Harold experience. It makes my day when I see the van pull up the school, knowing that my children will get to experience those same important messages that I did as a child.”

In the meantime, the daily 5k walks – part of the Healthy Harold Hundred 20-day challenge – are proving to be therapeutic for Meagan.

“It feels so good to walk out every nasty word and memory from my childhood and it gives me an outlet for every time I have watched my child cry because of a bully. We can make a difference and stand up to bullying.”

NOTE: *Names changed to protect the identity of the family

Learn about the Healthy Harold Hundred
Previous Next